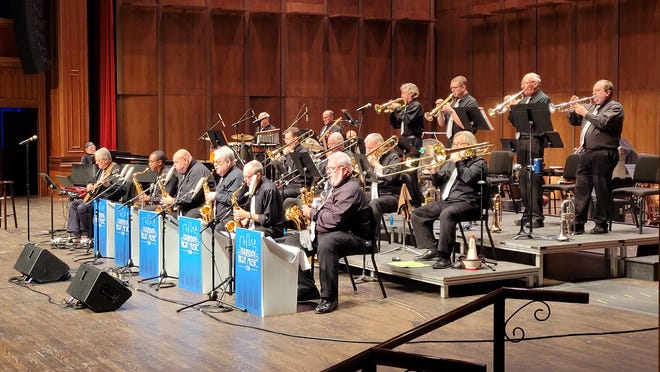 The first concert in the biggest Tuesday night music club series at Meijer Gardens took place under cloudless skies for a large crowd on Tuesday. The recap and photo gallery on Local Spins.

SCROLL DOWN FOR PHOTO GALLERY

Along with near-perfect weather, the audience for the show was tamed, filled with fans ranging in age from four to 84 – a clear demonstration that these Meijer Garden Tuesdays are events worthy of any member of the Grand Rapids community. .

Kicking off the evening, Kalamazoo hip-hop cellist Jordan Hamilton spent his first few minutes treating the crowd to an all-ambient piece. With help from Grayson Nye on keyboards and producer Andy Catlin (The Lasso) on a computer loaded with beat-making software, the three created a piece that sounded very luscious and spatial.

At the end of the introductory piece, Hamilton told the audience that most of the material he would present would feature unreleased music he had prepared over the past two years. The rest of the set contained instrumental-equipped songs with an equally vibrant atmosphere but with an added rap from Hamilton. After a short intermission, Elijah Russ and a team of 13 other musicians took the stage, working together to create a well-oiled monolithic musical machine pumping out sounds of everything from rock, blues, funk and jazz.

The Elijah Russ collective exuded fantastic chemistry, the band members grooving and jamming in unison. And the sound mix made it easy for listeners to identify each instrument amid the conglomerate of music the band produced.

All in all, Russ and his friends succeeded in giving anyone present a sonic approach that showcased depth and substance, setting a high standard for future acts of the series to follow.

And clearly, many fans plan to make Tuesday nights at Meijer Gardens a regular thing.

“We try to come every week, that’s just a big plus,” said participant Daryl Mattick of Hudsonville. “It’s fun to go out and see bands, so we try to do that every year.”

Next : Kaitlin Rose and the Band of Thorns and Seth Bernard perform at the Tuesday Evening Music Club on June 14. (Check out the full schedule below.) Fifth Third Bank’s main summer concert series kicks off Sunday, June 12 with Alabama Blind Boys and Marc Cohn. Tickets, $52, are still available online here.