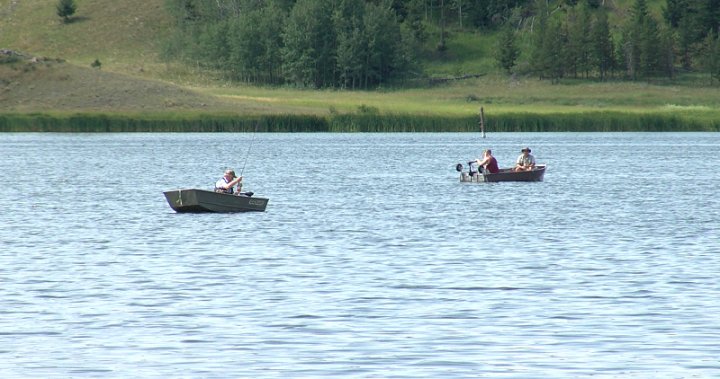 Every Thursday evening, a group of OU students meet at Headington College to play board games and build a community. The only sounds heard are the crackle of snacks eaten, dice hitting the table, and cards shuffled, with conversations, laughter, and friendly debate in the mix.

Room D127 in Headington has tables and chairs set up for OU Board and Card Game Club members to come together while they play games, including current favorites “Root” and “Betrayal at House on. the Hill “.

For three hours, members play, debate, laugh, relax, chat and have fun taking a board game break in life.

“(The club) is a place where you can come and sit and just play a game and forget about college a bit,” said Brady Bell, junior reporter and club president.

Bell said the club was started four years ago by a group of seniors who wanted to have officer positions on their resumes, while doing what they loved – playing board games .

Board games allow people to connect with each other, and the club brings together board players once a week for this interaction, Bell said. Bell’s favorite game at the moment is “Dune”, which he described as “deceptively simple”.

“If you watch a movie or a TV show or read a book, there’s never that level of interaction,” Bell said. “If you’re playing a video game, you don’t look at the person you’re stabbing in the back and bend the knife. In board games you have to look at your friend and say, “I agree with what I did. “

DC Bueller, one of the owners of Commonspace Game Cafe, formerly Loot & XP, said there are many types of board games: deckbuilding, roll and write, strategy, hit and roll, trivia, bluff and board games. It all brings a sense of oneness to people, said Bueller.

“Being able to have that interaction is so special these days – the social, physical, face-to-face interaction,” said Bueller, “because screens take so long… it’s nice to be able to be in front of someone, roll the dice and have a good laugh.

Board games have rules, Bell said, but the beauty of playing them is that players can break the rules and create new ones.

Finn Guttery, director of news studies and vice chairman of the club, said the club atmosphere keeps him coming back every week.

“(The club) is becoming a really great community,” said Guttery, “and it’s so fun to be able to drop everything on Thursday night and go say ‘hello’ to everyone and play games. “

Members gather around tables and play games given to the club or games brought by members for the night. The rules are read and the games begin. Snacks are welcome and members will bring food like cookies for everyone.

Guttery said one of the best things about the club is that it’s a smaller group, which Bell says makes it easier to play and meet people without the intimidation of a large crowd. Sometimes after the meetings, Guttery said the group would head to Waffle House, where they would continue to talk about waffle games.

Guttery, Bell and other members have worked hard to make their club feel right at home. Diego Villanueva has said that is how the club makes him feel.

“It’s a very stress-free place, but at the same time it’s totally open,” said Villanueva, a senior in film and media studies and club member.

The club is an inclusive space, and Bell said the club strives to be diverse and open – that its members of the LGBTQ community, minorities and other groups all have a safe place to play.

“We want everyone to know that games like this are for everyone,” Bell said.

From simple games like “Monopoly” or “Ticket to Ride” to complex games like “Twilight Imperium”, the club plans to play them all.

In 2016, there were around 12 members, and eight of them were senior graduates. Bell said everyone thinks the club is going to be gone.

The remaining four members became leaders the following year, including Bell, and by bringing in their friends, posting fliers and emailing en masse over the next few years, club attendance increased.

“In fact, we didn’t (only) manage to survive – we actually managed to grow,” Bell said.

The club now averages 15 people a week, Bell said, and the group is planning a murder mystery game at the Oklahoma Memorial Union later this semester.

The goal for Guttery is to keep the same pleasant atmosphere of the club as he grows up.

Bell said he plans to run for president again next year and part of his job will be to make sure the club continues. He is hoping that a younger member will come forward for an officer position.

“The best way to keep something going is if people are invested,” said Bell, “and if we can do it with our silly little hobby, we can keep it going forever because it there will always be people who appreciate it. “

The problem is people who take their games after graduation. Bell donated a few games to the club, but said he wanted to keep some, as did Guttery.

To help with that, Bell and Guttery said a partnership is underway with a board game-based cafe set to open next month.

Commonspace Game Cafe, which will open in mid-March, is “100% on board” with a partnership, Bueller said. The partnership would allow club members to meet at the Lindsey Street cafe, and provide access to many games.

“(We would like) to get people to experience a wider range of games,” Bueller said. “There are still so many people who are nervous about taking the first step into something new and outside of their comfort zone. … I’m just showing them that the games may take a little longer to learn, but the fun and replayability they get from new games that come out makes all the classics jump out of the water.

After the opening of Commonspace, the club and the café will roll the dice for a partnership. Until then, 6:30 p.m. to 9:00 p.m. every Thursday in Room D127 at Headington College, that’s where the magic happens.

“There are so many different ways – so many levels, that I think anyone can come in and sit down and say, ‘Hi, teach me something’, and we’ll find something for them,” a Bell said.