The launch of Luka Bloom’s next concert at Fallons last night was a small but very entertaining affair, writing Brian Byrne.

The concert will give the Red Hot Music Club a second coming of its second coming, rekindling memories not only of the original club which operated for five years in the old Red House, but also of the sold-out performance there. barely two years in the Fallons’ back room. This featured Frankie Lane and Paul Kelly in a concert that revived their performances as the El Paso band at the original club.

Last night we were entertained by songs and music from Conor Mahony, Mairead Carroll, Noel Heavey and Ray Kelly, among others. Memories of Red Hot Music Club founder Noel and his friends were also fun. Some of them are definitely not to be told to the public, which made the launch event even more special.

Luka Bloom will lead the club’s latest revival on Thursday, March 24, with tickets strictly limited to 100 and already selling out fast. There is a coincidence in the fact that the same Luka was the very first interpreter of the original club in November 1998. 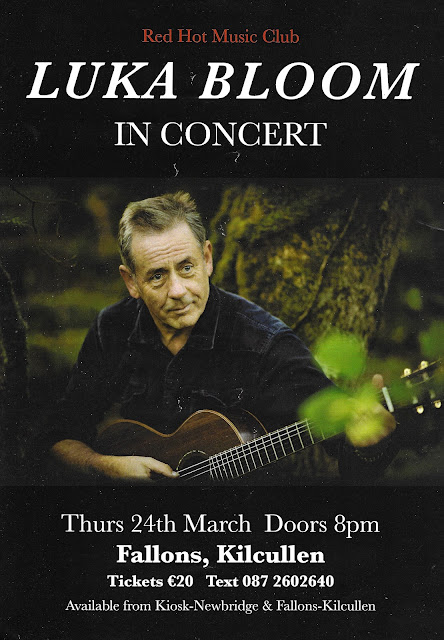