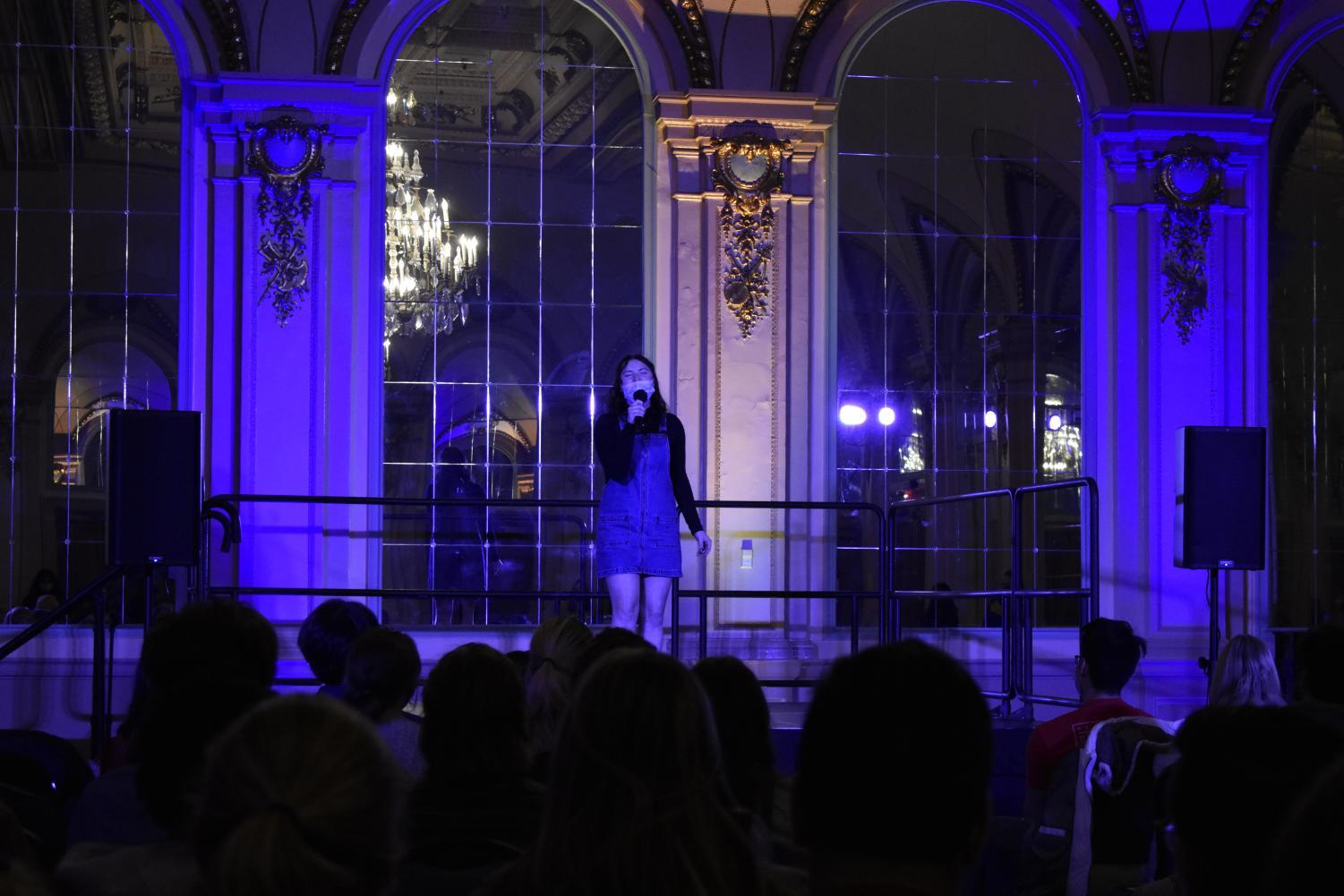 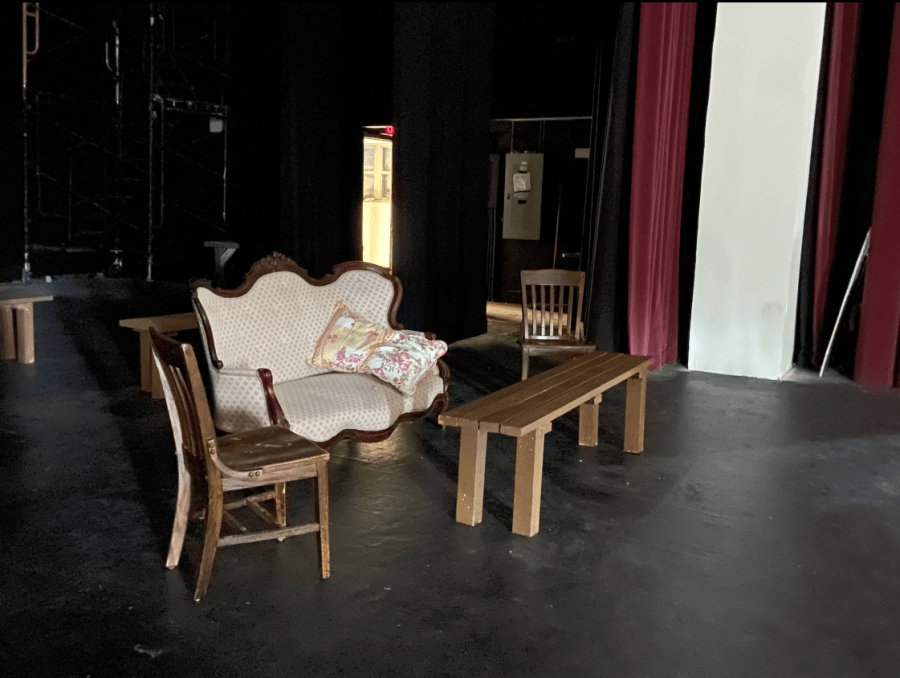 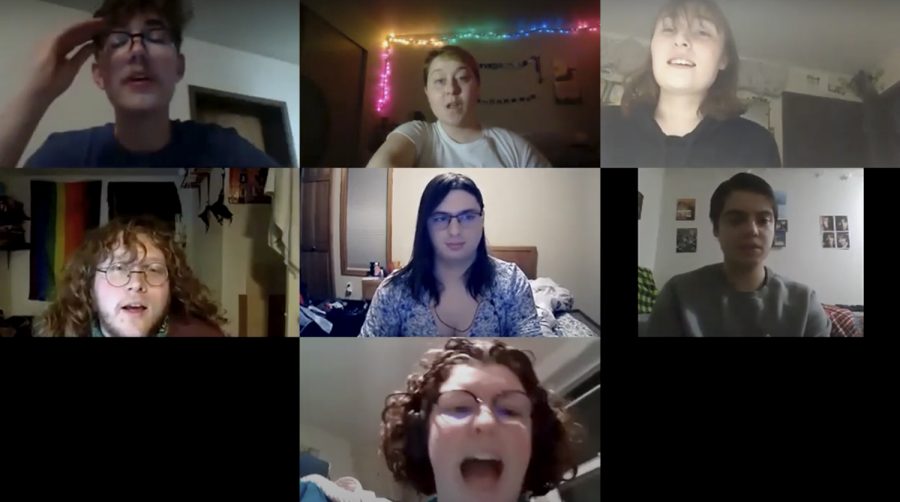 DALLAS TWP. – The Dallas High School Theater Club will highlight the trials and tribulations of being a member of a high school marching band with the musical “Band Geeks”.

The old Broadway musical follows the fictional Cuyahoga High Marching Beavers through a tumultuous year where they try to stand out while fitting in with their peers while learning to accept themselves. “Band Geeks” is based on a book written by Gordon Greenberg, with music by Mark Allen, Gaby Alter and Tommy Newman and lyrics by Alter and Newman.

“I think the musical reflects what a lot of the cast members, who are also band members, feel in different situations,” said Cassie Palfey, a Dallas high school music teacher. “I don’t think any school around here did that performance.”

The 30-member cast and stage crew aim to transport audiences to the world of a high school band with three productions scheduled for April 13 and 14 at 8 p.m. and April 15 at 3 p.m. Tickets are $ 10 at the door.

The production is directed by history professor Harry McKeown. The musical director is Palfey, and the costumes are made by Audrey Ide, professor of family and consumer sciences.

“It’s a fun performance because they (the students) play each other,” Palfey said, adding that the student actors were performing alongside a live orchestra.

A secret love triangle between band captain Elliot, flautist Laura, and a cheerleader named Nicole will have audiences guessing who will grab whose attention.

Elliot, played by sophomore Jake Thomas, publicly acknowledges his crush on Nicole, played by junior Nichole Conrad, in a song called “Twirler Girl,” which takes place in the boys’ locker room between Elliot and his friends.

“The whole family would look at me differently if I brought her home for dinner,” Thomas sings.

Elliot’s longtime friend Laura, played by senior Emma Oley, mobilizes to help Jake learn the ropes in an attempt to get noticed by Elliot.

“I was zoned as friends,” Oley said. “Elliot asks Laura to help Jake get involved. I’m trying to teach him (Jake) to play.

“Spitz is very confident in his skills,” Janoski said, noting that the relationship between the characters creates a “B plot”.

The two find themselves scattering and ultimately in a dance.

“We (Janoski and Augustine) have known each other for a long time,” Janoski said. “It’s an easy transition (to competitive roles). “

The production presents many challenges for student actors, but learning music and choreography was not at the top of the list.

“The music was easy to learn,” said junior Jacob Calkins.

The self-awareness of Emma Oley’s character was hard to describe.

“You have to be outgoing to be on stage,” she said.

“Band Geeks” is Matthew Oley’s first eighth-grader in a high school production. He tries to master the basics of theater as well as acting.

“I’m learning the basics like not turning my back on the audience,” Matthew said. “The idea of ​​acting like someone you’re not is a challenge. “

Oley’s character, Stewart, is described as whiny, which poses another challenge.

“I’m not boring enough,” he laughed.

Augustine’s character has a Russian accent, which added a learning curve to her role.

“I watched the video over and over again,” she said. “My brother had to learn a Russian accent, so he helped. “

“I love how this musical helped some students come out of their shell,” Palfey said. “We have students who were mostly backstage hands now singing lead songs. “

Palfey is convinced that the performance will make the audience “hum on the exit.” Dallas High School sophomores Abbey Sutzko and Jeremy Zolner sing “Back of the Bus” during the rehearsal for the musical performance called “Band Geeks” scheduled for April 13-15. The Dallas High School Theater Club is rehearsing a song called “Back of the Bus” for their upcoming musical called “Band Geeks” scheduled for April 13-15 at the school auditorium.